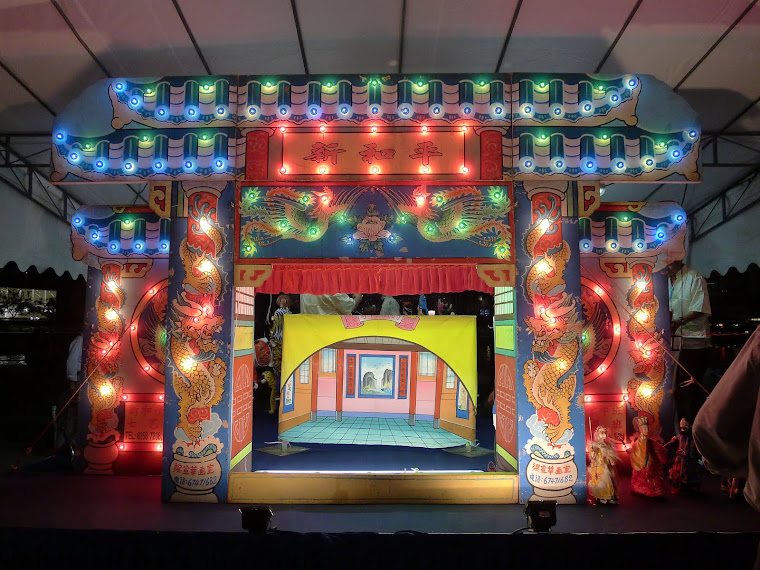 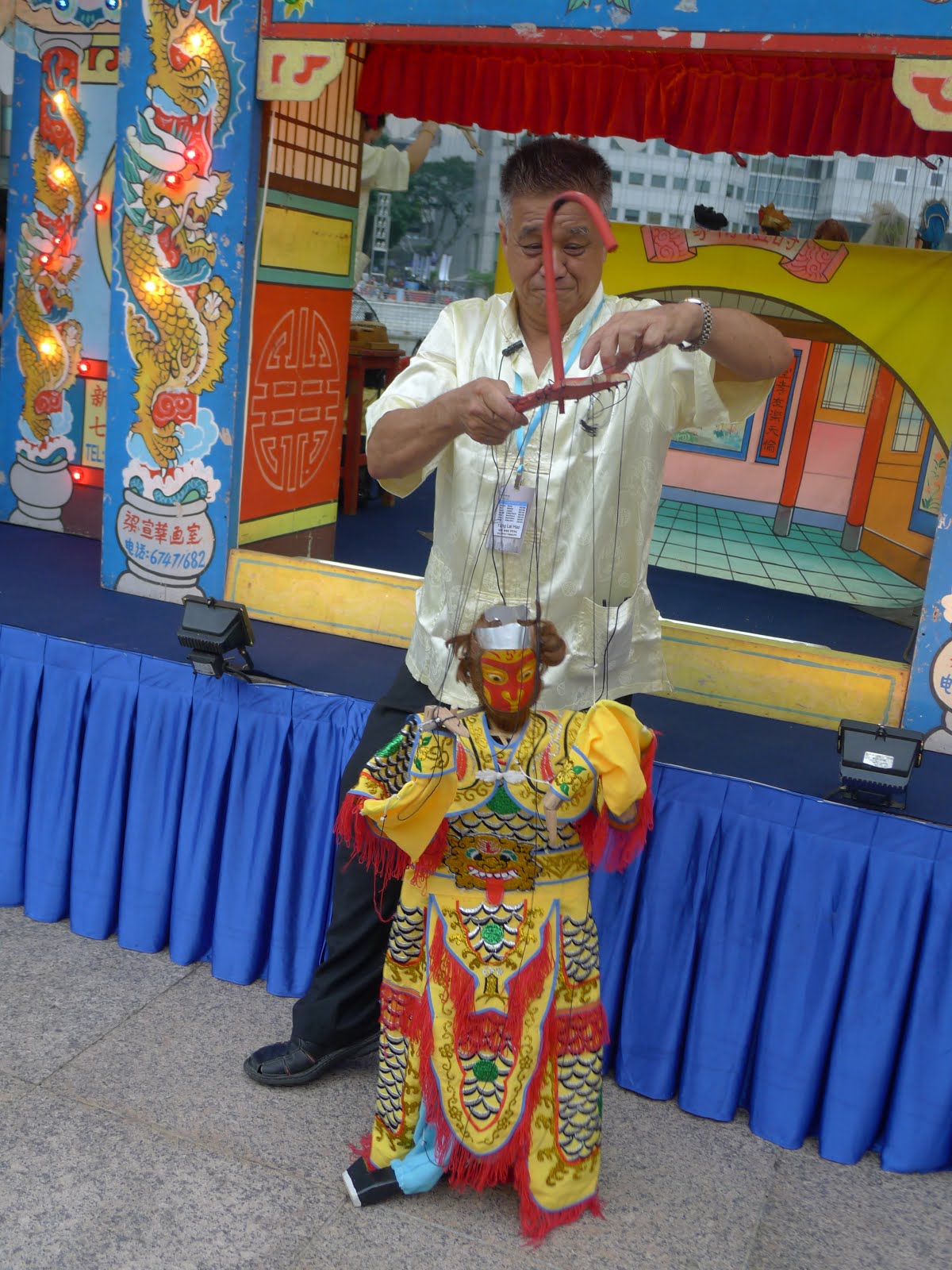 Mr Yang Lai Hao is the sole inheritor of Sin Hoe Ping Jia Li Puppet Troupe. Mr Yang was fascinated with the art of puppetry, while watching his grandfather, who bought the troupe over from Putian in Fujian in china in the 1930s. Mr Yang had mastered all the elements of puppetry including stage setup, back and front stage performance supports. The strings puppet are made by Mr Yang, including choosing of the costume, making DIY props. It took Mr Yang more than 10 years to master playing of the instruments, sing and manipulating the puppets. But with his passion towards this art form had kept him moving and become a Master puppeteer today.

The troupe handles 2 different types of puppets, which is String Puppets (Jia Li Xi) and Hand Puppets (Pu Dai Xi) in 2 different languages, which are Hokkien & Heng Hwa.
The performances are usually tucked away in one secluded corner of a detached house or temple, far from the buzzing city. Traditional puppetry is a fascinating art form, for the puppets are playing not for human eyes, but for the Taoist deities which are usually held to commemorate the birthday of various gods (神诞）Save 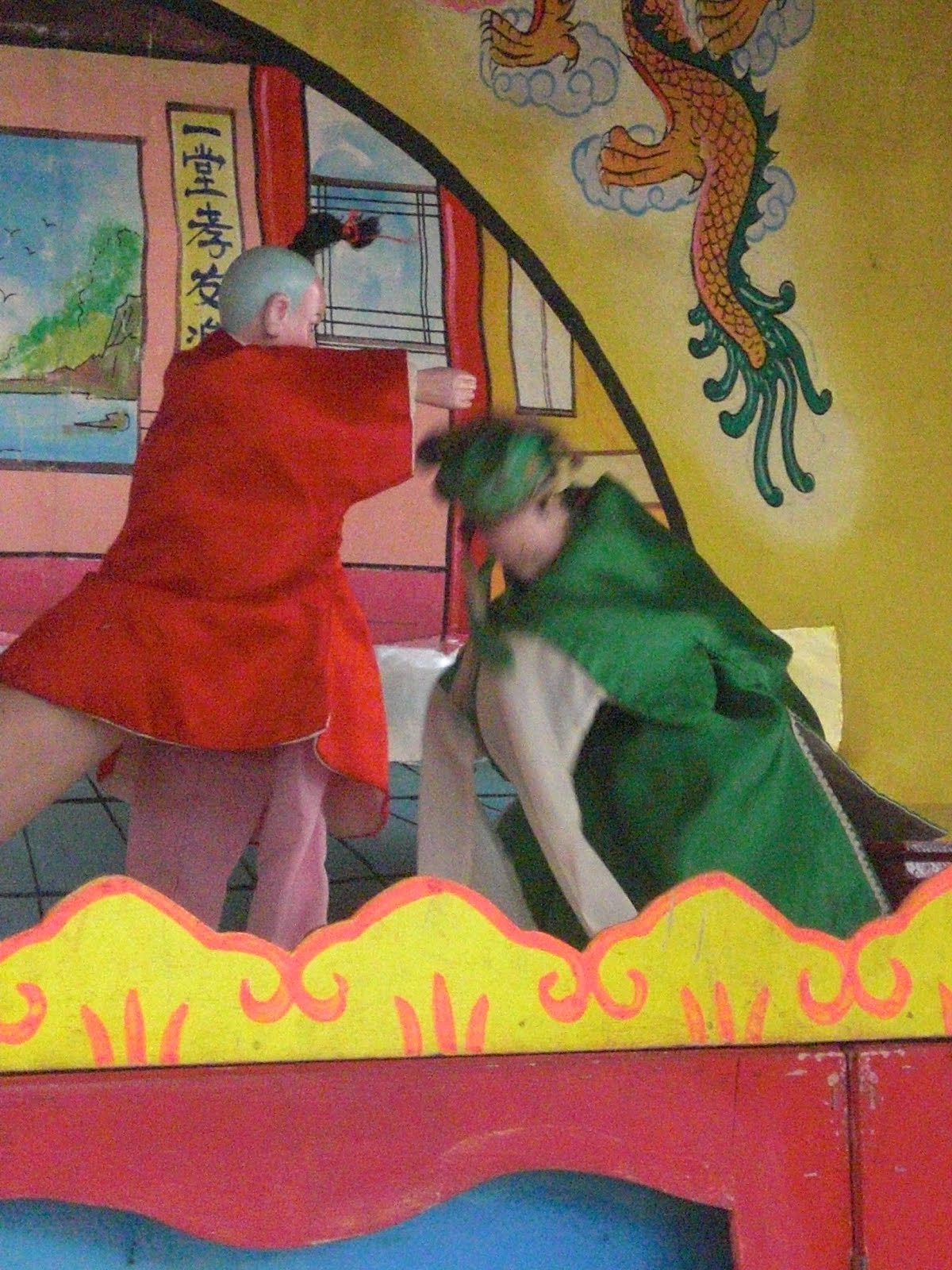 Hand Puppetry are most common seen at the temples and streets than String Puppetry. Hand puppetry focus more on the palm and the fingers to move the puppets. The puppets are made of wood and the costumes are made of silk material. The face feature, different colour and design of costumes are used to differentiate the gender and types of puppets. Hand puppets is easier to pick up as compared to string puppets. 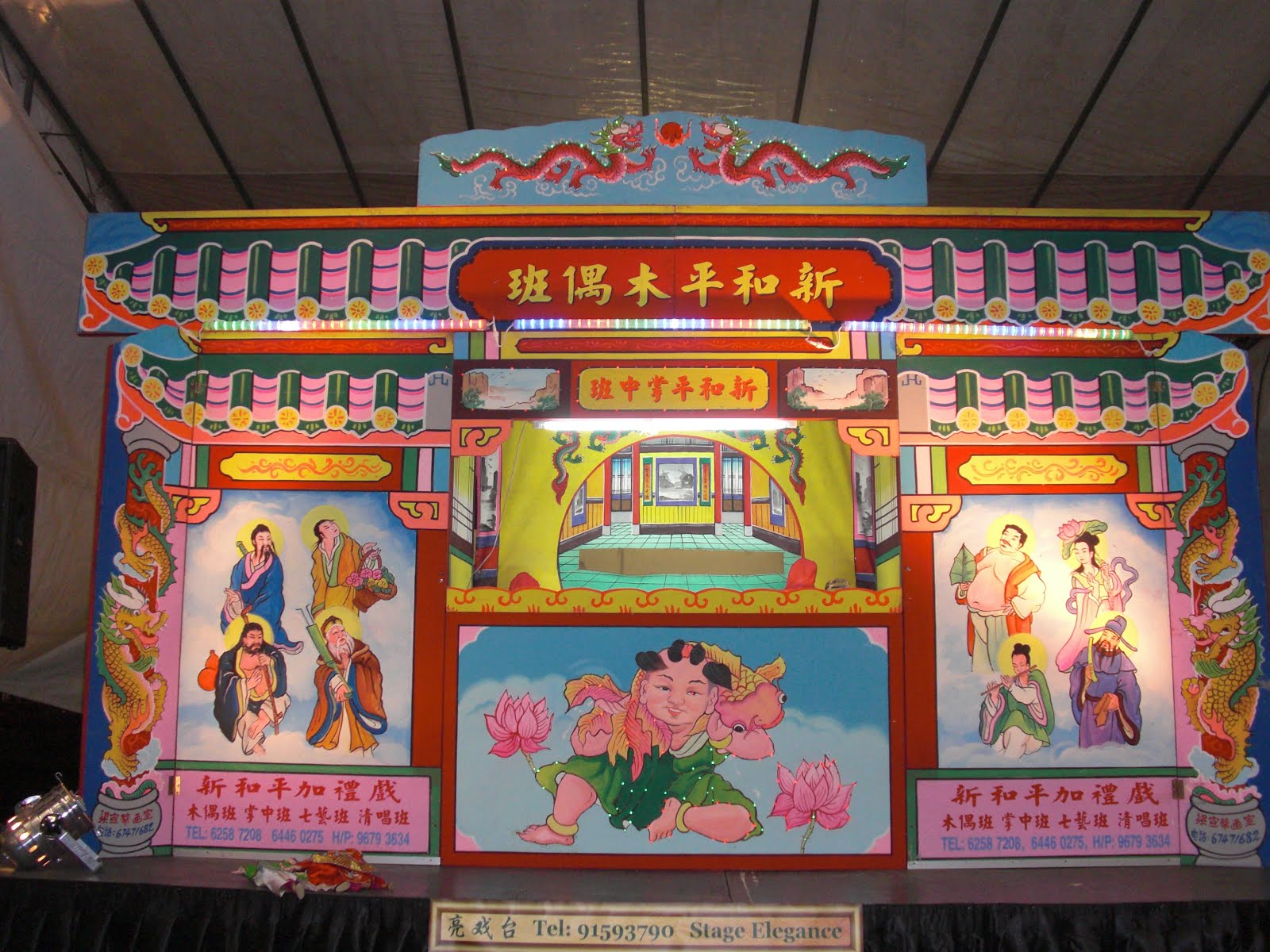 The stage used for strings and hand puppets is also different as it will be cater to allow performer to move around freely. 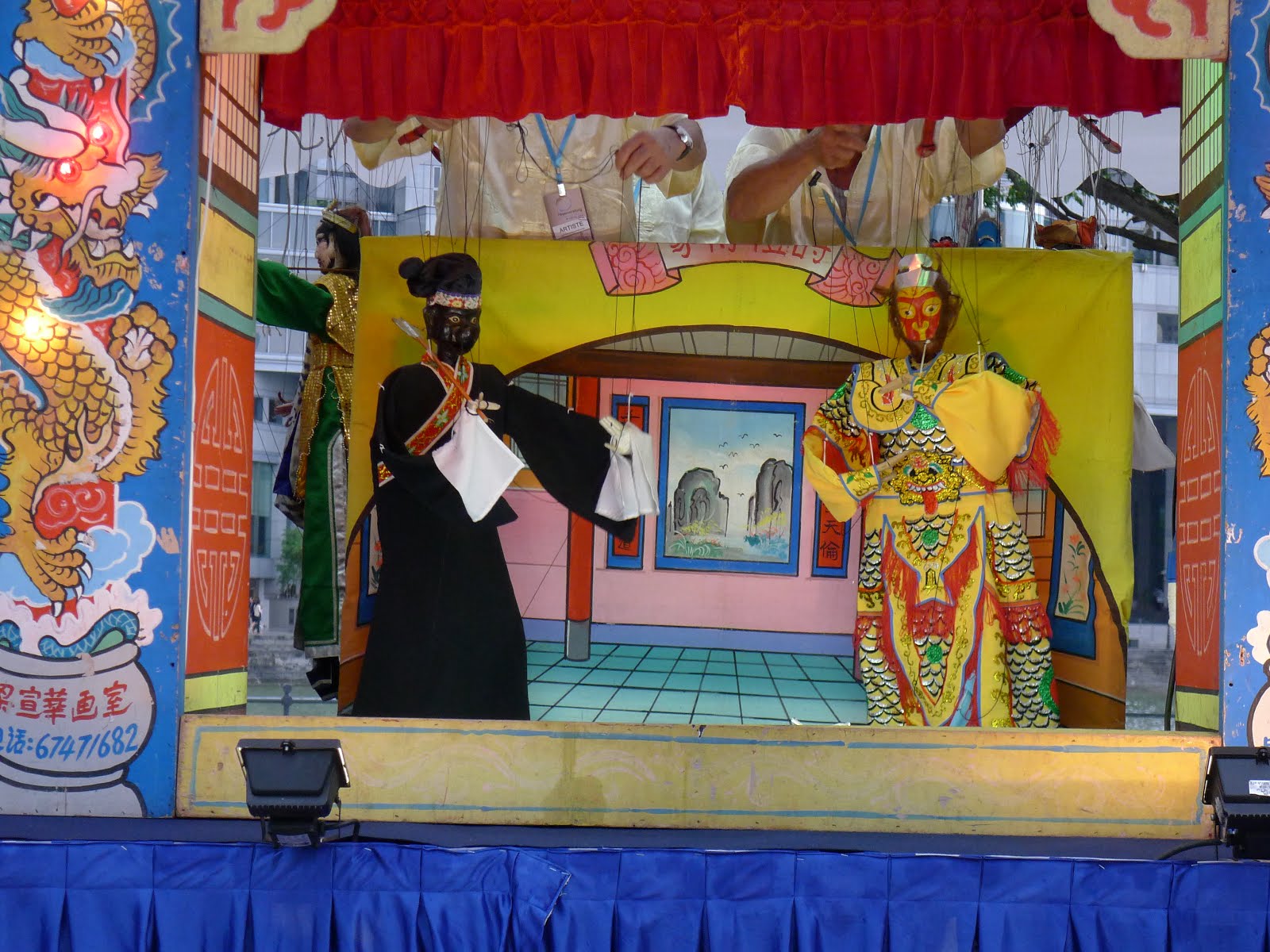 String Puppetry was the most traditional puppetry passed down from Putian China, it takes more than you can perform. String puppets are difficult to master as a formidable amount of practice and skills needed to perform a martial scene where puppets exchange blows or engage in intense fights; in the hands of unskilled puppeteers, many strings can become entangled. In the event of fights scene, the puppeteer will also be moving along with the puppets, focused in the scripts and roles together with the music turns the performance into a live case of puppets.

Life, On A String @ Empress Place

As part of Regenerating Communities, Mr Yang was invited for two evening performance at the ACM Green at Empress Place on 16 & 17 February 2012.

The programme are break into 3 sessions each day.

6pm 西游记(Journey To The West)
Synopsis: A Chinese classic retold as Tripitake (Tang San Zang) rescues ''The Great Sage'' (Sun Wu Kong) from the mountain which he was trapped under for 500 years as punishment for wrecking havoc in heaven. They meet Pigsy (Zhu Ba Jie) and Sandy (Sha Wu Jing) later, who also become Tripitaka's disciples. The Four embark on a pilgrimage to collect scriptures from the Western Heaven.

7pm 猴子娶妻 (Monkey's Wedding)
Synopsis: This original story by Mr Yang Lai Hao is based on the saying ''Monkeys See Monkeys Do''. Monkeys in the forests try to imitate the ways of the humans by re-enacting the human marriage ceremony. The hilarious situations caused by monkeys acting like their human counterparts make this homegrown story full of fun and laughter.

8am 武松打虎 (Wu Song Fights The Tiger)
Synopsis:This story is an excerpt from the classic novel, The Water Margin. Despite being warned about the presence of a ferocious tiger at Mount Jingyang, Wu Song heads straight there to visit his brother. Coincidentally, Pan Jin Lian (Wu Song's sister-in-law) and her maid are also making their way down the mountain. Wu Song hears shouts from Pan Jin Lian and comes face-to-face with the tiger. After a grueling battle, he kills the tiger with his bare hands. 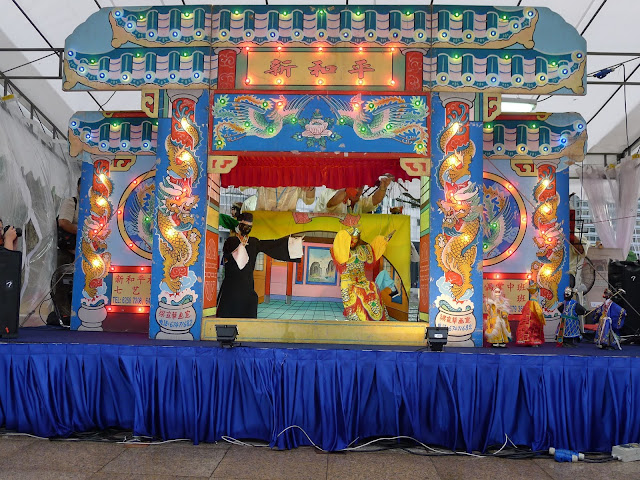 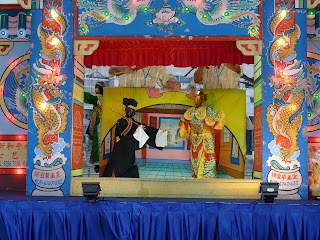 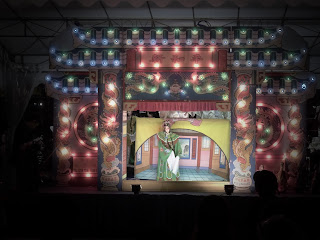 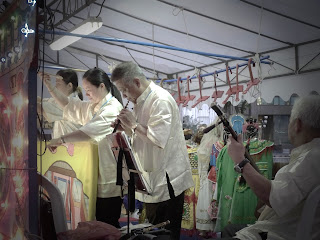 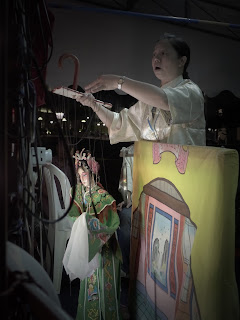 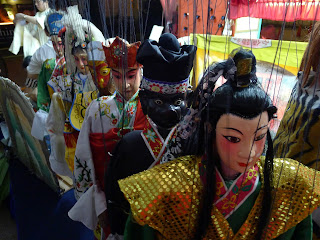 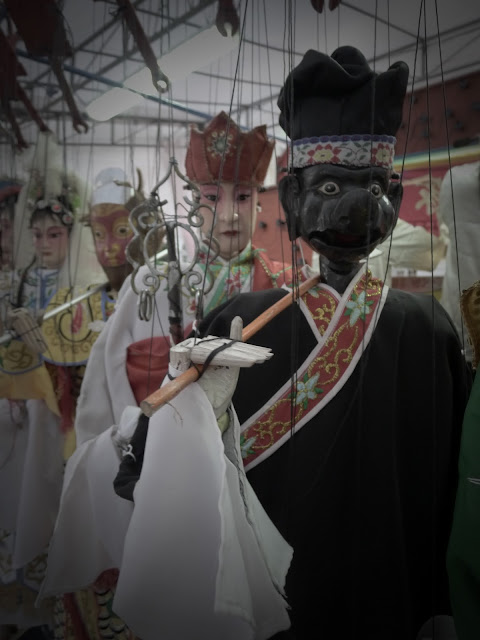 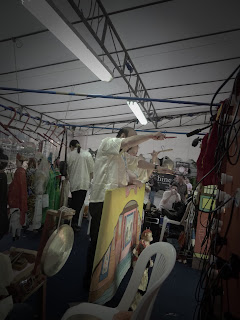 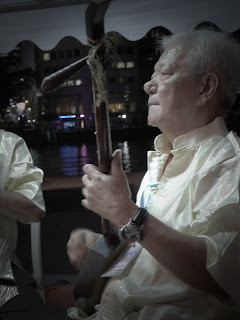 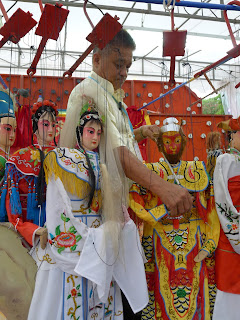 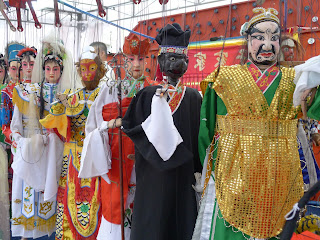 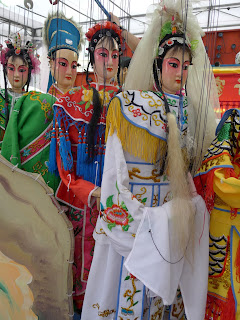 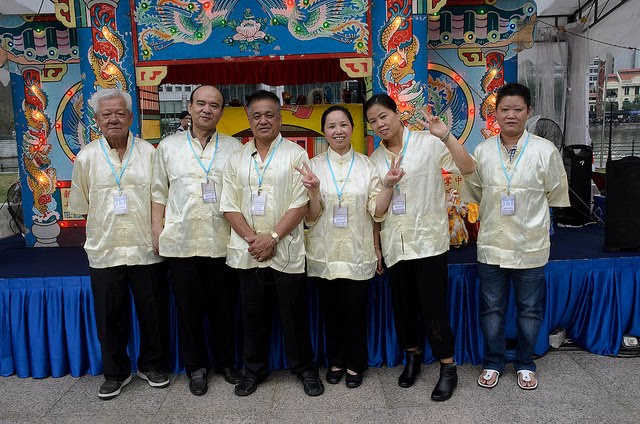 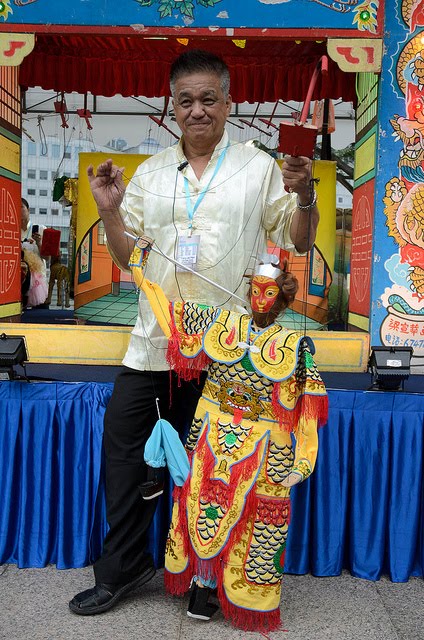 Mr Yang Lai Hao being the 3rd generation of the puppet troupe. Mr Yang, who is currently 65, is one who exudes passion for the art, having the boundless energy required to keep the troupe running.

We welcome all enquiries on shows, workshops & classes.

For all enquiries please email to :
sinhoepingpuppet@gmail.com

Please allow at least 3 working days for us to reply to you.